I just wanted to make a quick update on the progress for my new comic story, tentatively titled Hel Hath No Fury.  My artistic collaborator, Ellis Ray III  has finished rendering the preliminary layouts (check it out below), and I have to say they are looking good!

It’s always been a uniquely rewarding experience working on these comic stories. As much as I love pure prose, a story defined only by words deprives the writer the luxury of seeing how a mind other than their own imagines the characters, their actions, and the world they live in. The trade off for this is the knowledge that the story is given a form of intangible immortality and the ability to adapt to any mind that reads it.

Comics stories are different, more solid. When I write a comic script, I do so without a single clue as to what my collaborator is going to do with it. Everyone imagines a story a little differently, but in a comic story everything is defined.  A world that only lived in the imagination before is brought kicking and screaming into the visual world of paper and ink. In a way it’s a miraculous process. 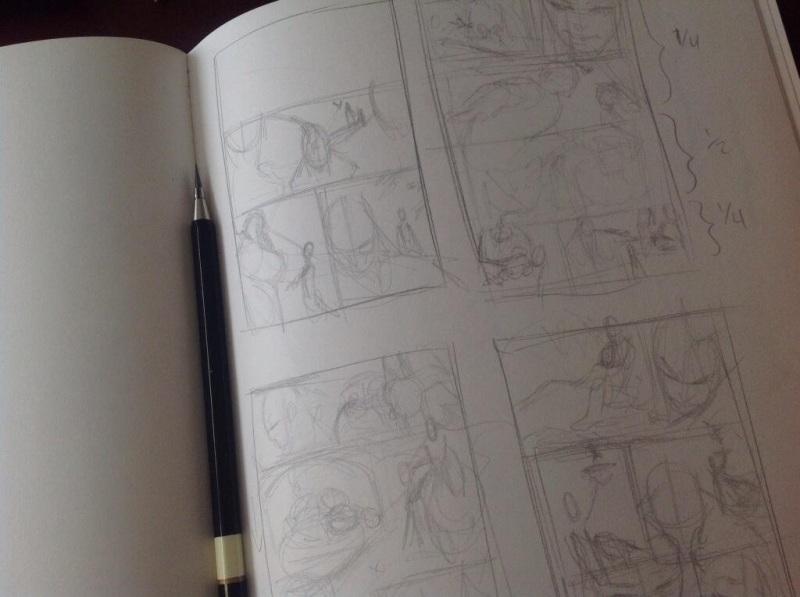 One thought on “Ink and Drink Update”

Create a free website or blog at WordPress.com.
The View From This Shore
The Wilde Side